Here's how Moyes can change his awful record against top sides 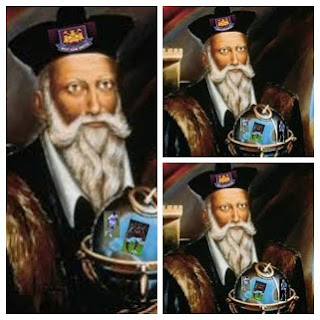 To kick things off West ham have not beaten Man United at Ye Olde Trafforde since the great escape in 2007, with a humble 3 draws and eleven defeats!

Add to that David Moyes has never won away from home as a manager against Manchester United, Liverpool, Chelsea, or Arsenal despite a whopping 69 attempts!

Quite simply, his record is atrocious and here's why - he plays it tight trying to steal a win with counterattack but in doing so typically concedes 65%+ possession. That simply doesn't work when you are up against the might of wobbly refs and aggressive home fans where soft free kicks and penalties are a regular occurence and decide close games.

The trick is to try to win by two goals, not nick a 1-0 smash n grab raid. Maybe we need to pretend that a win by two goals is needed to stave off relegation or qualify for Europe or avoid the plague - whichever option, let's play like our futures depend upon it!

Moyes has rarely had the kind of resources available to him to go toe to toe with big sides but just now he has his best squad ever and can realistically match Man Utd in every department - but only if the players play to their potential!

There is absolutely no reason why a Rice-Soucek-Downes triad in midfield can't at least get parity with Man United's current midfield set up. Add to that the defensive spine of Kehrer, Zouma and Fabianski and we shoukd force Man United out onto the flanks where if Bowen and Benrahma are energetically tracking back we can limit penetration.

With our current attacking options we can surely create chances and given our recent fortune in front of goal this would be the ideal game for things to click into place as we undoubtedly have the ability to hurt opposition sides.

Whether Moyes throws down the gauntlet or opts for a conservative will become evident in a few hours but even if we start cagey there is the option of switching to full nuclear with Antonio and Scamacca asking the questions, with Bowen and Benrahma pitching in.

It's time to end the pain.