Five Lessons from the Bournemouth Win 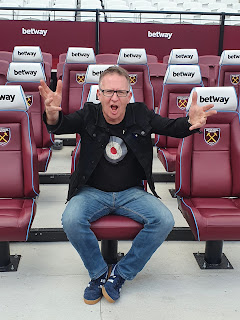 While the manner of the victory was far from ideal with two dodgy VAR decisions underpinning West ham's two goals, the result was certainly deserved.

We noted five take away thoughts about the game;

1. The triad of Downes-Soucek-Rice in midfield is a big presence that allows the Hammers to boss lesser sides, but there is a lack of creativity that can lead to a blunt attack. West ham amassed 20 chances last night but could only get 4 on target. Perhaps the triad shoukd be wheeled out for bigger teams with Paqueta replacing either Downes or Soucek for other (i.e. most) games?

2. Benrahma is a brilliant squad player. He endures a lot of criticism from Headmaster Moyes but keeps his head down and always gives it his all. He has been unlucky not to score more frequently, but at the very least he is a tremendous impact sub to shake things up and create a bit of space. With more regular game time he will surely blossom into the magician his skillset suggests.

3. Scamacca and Antonio are an ideal partnership. Mikey is a terrifying adversary when he comes for the final half an hour where is pace and aggression can make tired defences cave in. Scamacca hasn't been getting the breaks over the past few games but has slotted in perfectly and more goals will undoubtedly arrive. The real question is whether they should play as a partnership? Certainly, if we are chasing a game it would make sense.

4. Right back remains a problem position. Coufal came on briefly last night but in a short cameo looked the top class full back he was before the groin injury. Ben Johnson played better last night but still looks sluggish in possession and doesn't link with Bowen the way we want. Can Kehrer slot in at right back? He certainly has the composure on the ball.

5. A top six finish is still well within our grasp. We are suddenly in the top half and our new signings look to be bedding in well. It's time for a run up the league before the annoying World cup break.