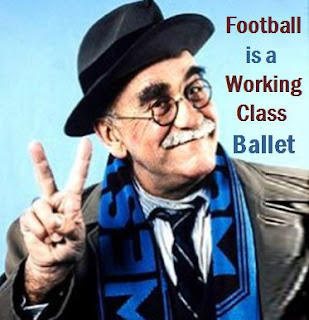 West ham fans are not used to end of season fixture congestion but with their club's successes in the Europa league are learning quickly about the merits of squad depth. Sadly, their threadbare troops cross London today with severely depleted resources and will be travelling in hope rather than expectation.

But for David Moyes the headache is even greater as he needs to find a formation that can carry them through the next four games with only one experienced centre half. Essentially he has three options, none of which are ideal.

The simplest option is to make a direct swap and promote U23 captain Alese to fill the Diop/Zouma/Ogbonna position. Alese has excelled in his role for the U23s this season but only has limited first team experience in a dead rubber in the Europa League. In short, it's a big step up to face the current European Champions on their home turf!

A second option is to move Declan Rice back to centre back and bring in Mark Noble to midfield. Rice began his Hammers career at centre back but would be much missed in midfield and Noble would almost certainly struggle against the high octane Chelsea midfield.

Finally, he could go for a back five with Coufal and Cresswell tucking in and Johnson/Fredericks taking the full back roles. This formation has multiple variations but would challenge the sides adaptability!

Bearing in mind that whatever he selects it would need to work on Thursday night's crucial game against Eintracht Frankfurt, it's a big ask for Noble to play two games in such a short period. Our guess is that he will go with a back five!

All will soon be revealed as the Team news is imminent! Moyes has never won at Stamford Bridge and Chelsea will be wounded after the Arsenal thumping in midweek. West ham have won 3 of their last five games with Chelsea and, of course, have the secret Masuaku weapon at their disposal if needed. Hmmm.