The truth about Jesse Lingard and West Ham 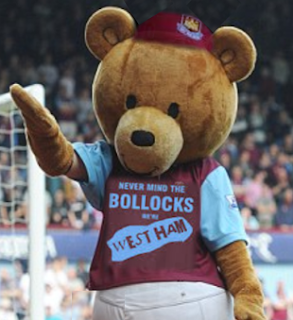 It's become more than a tad tiresome how the media likes to suggest that West Ham fans are hanging on every little sign that Jesse Lingard might be leaning towards signing for the Hammers when his current Man Utd contract expires in the Summer. In reality, most fans aren't too bothered either way.

He certainly enjoyed a fantastic spell during his 6 month loan last season but his return to Old Trafford was baffling at the time and as the season has progressed it has looked an increasingly foolish and misguided call.

In reality, Lingard has never performed as well before or since his six months at West Ham. A simple comparison of his scoring rate (9 goals in 16 games (0.56 per game) at West ham vs 20 in 147 (0.15) at Man Utd) highlights the difference. In effect, almost one third of his Premier league career goals were scored during his West Ham stay!

However, for whatever reason, Jesse couldn't be persuaded to stay and returned to a dysfunctional Manchester United, at that time led by a manager who clearly saw him as surplus to requirements.

Lingard's return to Man Utd has been befuddling with him in and out of the side and his 27 appearances (15 starts) delivering just two goals (albeit one a super strike vs West Ham!).

But still the media keep rattling on about how West Ham fans hopes will be raised by snippets of news that he might be thinking about signing for the club again. However, although his loan period at West ham last season was undoubtedly the stuff of fairytales, it is perhaps best left at that.

For many, it is apparent  that he lacks the commitment to the club and ambition for his career that David Moyes will demand from any new signings this Summer. Add to that the reality that he will be 30 in December, time is not on his side - something that makes the strange decision to return to Old Trafford even harder to fathom!

Frankly, at this stage, most of us who are focused upon West ham's continued rise have moved on from the Lingard saga.