Kurt to Zoom back into action? 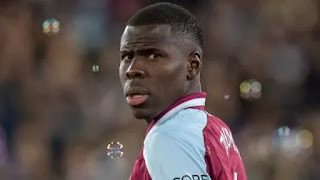 David Moyes appears to have let the cat out of the bag ahead of West ham's crucial Europa League semi-final against Eintracht Frankfurt tomorrow night. The Scot is usually tight-lipped but revealed "Kurt Zouma is back doing some light work. He is ahead of schedule which is really good."

We asked our top psychobabbleologist, Prof Hans Von Wafflewanger, to analyse the statement for clues as to Zouma's likely availability for tomorrow night and he has concluded that Moyes really meant to say "Kurt Zouma is back… ahead of schedule which is really good."

All of which raises the possibility that the Hammers could put out their strongest starting XI, also well rested after Sunday's practice kick about with Chelsea, who are already out of all the main competitions and left to play around with dead rubbers until the mass exodus that inevitably will follow this Summer.

Despite all the worrying developments of recent weeks, the Hammers are in decent shape to seize their chance and push towards the next level. Moyes is a master at dampening any overexcitement but will be getting his troops fully focussed on Frankfurt. We have repeatedly seen how European defences struggle against the physicality and directness of our offensive play. Adding Zouma would be a fantastic boost.

Let's hope that Prof Von Wafflewanger's interpretation is on the money!