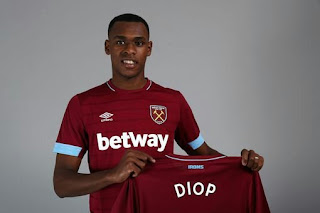 Wow! This team have guts. Backs against the wall going down to ten men after some sleazy dark arts in the first leg, the Hammers had to soak up Lyons spikey start to the game tonight but then after half an hour we got a corner and the Moyes' machine clicked into action. 1-0. Dawson.

The French side were rocked, and as they wobbled we slapped in a second. Rice, baby. 2-0.

As a fan of Munster rugby, what followed was familiar, French heads dropped and we swooned. Bowen's on fire....3-0.

Game over. Some fans messaged that they were still anxious but this is a Moyes team. The game was over.

No Dembele winks tonight....justice for Cressy.

Special mention for Issa Diop and Ben Johnson - classy stuff and shame on any who doubted your ability to fill in for Zouma and Cressy (errr....honestly we never did!).

No yellow for Decky Rice either so we face Frankfurt ready to fully rock.

No Barca, but maybe that's a good thing because West Ham are all over this tournament now...