Has Declan Rice Played His Last Game For West Ham? 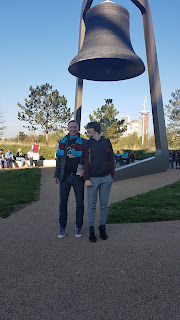 There can be no doubting that this season has been a revelation at West Ham. Perched in the middle of the battle for a Champions League spot, David Moyes men are simply on fire!

A key element of the Hammers success has been in the transfer market where a series of astute deals has delivered a side that can score goals while being solid at the back.

In addition, the development of Declan Rice has been the foundation of a side that is physically imposing. With Soucek and Rice in midfield the Hammers are a match for any side right now.

But inevitably this has led to much speculation about the future of young Rice who is recognised as one the the biggest talents in world football. In short, the Hammers must progress to the next level if they want to hold on to their talismanic midfield general.

But the business end of the season is where bigger clubs flex their muscle best and the value of a deep squad comes to light. Sadly, West ham missed the opportunity in the January window to bring in back up for the injury-prone Michail Antonio as well as a mobile midfielder in case of an injury to either Soucek or Rice.

And that oversight is likely to prove very costly as the Hammers move in to the final phase of the season with both Rice and Antonio sidelined for 4 to 6 weeks. In reality, the season may be over for either or both of them.

If the Hammers can pull of an amazing feat of staying in the top four then it will be a big bargaining position when the negotiations around the futures of Rice and Lingard happen over the Summer break. If not, it could well be back to the drawing board for David Moyes.

Right now, the betting money would be on the Hammers to trundle in with a gallant 7th or 8th final standing, and that would likely signal the start of the vultures descending upon our talented squad where Rice, Soucek and Coufal would be very attractive acquisitions for Europe's top clubs.

However, David Moyes has developed a variety of solutions along the way this season to deal with the lack of squad depth and the return of Arthur Masuaku allows for a reversion to the back five system that was so successful in the pre-Christmas period. This also allows for a roving front three from Lingard, Bowen, Benrahma and Fornals that can be a headache to defend against.

Leicester today is a massive game. If West ham could pull off a sensational victory it would open up the battle for 3rd. However, the Foxes are a formidable unit and will see this as an opportunity to get out of sight of Moyes pesky troops and avenge the 3-0 thumping they received from the Hammers earlier in the season.

This is a game where you'd love to have a full house of fans to try to tilt the balance in the home sides direction! Let's hope that we can maintain our form despite these injuries and avoid becoming victims of our own success. If the Hammers can make the top four then why would Rice or any other players want to leave as West ham would be the team on the up - bring in two strikers snd a midfielder and we would genuinely compete with almost any side.