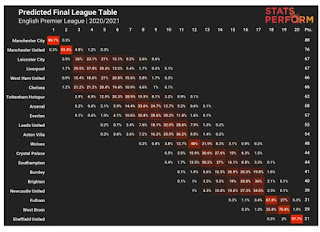 There really can be no doubting the metal of the current Hammers side. When most observers have predicted that Moyes' men would run out of steam during the Premiership's run in, a depleted squad has simply refused to buckle under the pressure and kept its eyes firmly on a top four finish that would bring Champions League action to the London Stadium!

The wins away to a difficult Wolves side, and at home to fellow top four chasers Leicester - both without three of our key players have underpinned the spirit within the squad.

6 weeks back we did an analysis of what would be needed for a top six and a top four finish with estimates that 18 wins would likely secure a top six spot with twenty needed for top four status.

And so, with seven games remaining, Moyes men are on 16 wins. While the home game against Chelsea without Rice and probably Antonio, has special significance, in reality four more wins should be enough.

The Hammers have a history of getting unexpected results against big clubs followed by slip ups against less formidable opponents, but David Moyes seems to have gotten to grips with that traditional inconsistency and worked out how to get results against mid table sides - both home and away.

With 5 of the final 7 games against bottom half sides, 4 wins is certainly doable. However, a computer analysis published today in the Athletic suggests that the Hammers will slip up and finish fifth with 66 points i.e. attaining 11 more points to add to our current 55.

But with key players likely to return for the final 3-4 games the Hammers run in looks relatively positive with the final 3 games against Brighton, West Brom and Southampton all very winnable.

It looks like this will go down to the wire which will please this tough Hammers squad who have demonstrated great resilience all season.

We can do this!