Hammers open up race for top four as Foxes Flounder 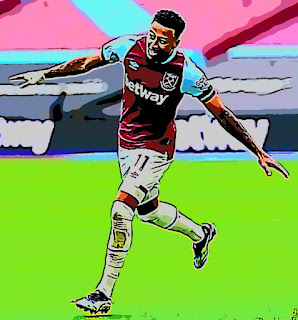 Even with Rice and Antonio out through injury, David Moyes' men forged ahead with a superb victory over 3rd placed Leicester.
As a consequence. The Foxes are now dragged back into the battle for a top four spot as they will need to hold off the challenges of Liverpool, Everton, Chelsea and Spurs.
For West ham, they are now just a point behind Leicester with arguably an easier run in over the final seven games.
Today was a victory for the squad as they showed how they can still get results even without key players.
Here's how Bobby Bubbles rated our heroes:
Lukasz Fabianski (7): Unusually, he had a few wobbles and will feel he might have stopped Leicesters first goal.
Vladimir Coufal (8): Brilliant again. A class act. Had one amusing rush of blood to the head when he broke free in the first half but ran out of puff!
Craig Dawson (7.5):  Solid performance once again.
An amazing find.
Issa Diop (8): Looking like the player who wowed last season. Clearly benefitting from regular action.
Aaron Cresswell (7.5): We looked so vulnerable when he exited with what looked like a hamstring injury. Fingers crossed that he is ok.
Arthur Masuaku (8): He makes a massive difference with his pace and trickery. Got caught out for the first goal but otherwise calm in possession and boy does he get back quickly wnen opponents counter.
Mark Noble (8.5): His best game for the Hammers in a long time. Really stepped up just when we most needed him. Crucial block towards the end to top off a great day.
Tomas Soucek (8): Also stepped up and played  crucial role in bossing midfield. Adjusted well to a more defensive role with his usual partner in crime absent.
Jarrod Bowen (9): A few weeks back we were criticising him for a lack of edge and conceding possession too easily. He has really upped his game since then and drawing free kicks while popping up with the winning goal. A day to remember!
Pablo Fornals (8): Really provides the gel between defence and attack. Buzzed around today. He has truly become a Premiership standard player.
Jesse Lingard (9): Words fail. The story just gets better and better. Two goals and an abrasive edge throughout the game that stopped Leicester getting their rhythm for most of the game until that stressful final 20 minutes.
Substitutes:
Ben Johnson: still learning - tends to get caught out of position but time will hopefully improve that aspect of his game.
Said Benrahma: Only on for a short spell but adds energy and almost unlocked a 4th goal.
Fabien Balbuena: Very solid in a rare appesrance. Its a measure of our strength at CB that he cannot get game time but did his cause no harm today.
Posted by Verywestham at 11:48