That Historic Rice Moment Seen From the Bobby Moore Stand 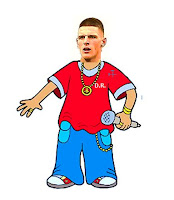 It's been a pretty crazy season to date. Beating Man United was certainly a high point, with the 2 minute cameo where we played keep ball one of my favourite football moments ever, but undoubtedly Declan Rice's first goal for the club was history being made - and everybody in the ground realised it as we rejoiced in one of those rare moments where the reason for spending so much time and emotional energy on a silly game where men kick a piece of leather about a field makes sense.

Following Murphy's law as my eldest son was late getting back to his seat after half time, i decided to video any key moments. Hence this delightful footage of Declan Rice's goal as seen from section 252 row 60. Sometimes i wonder if its worth all the hassle dragging ourselves out of bed at 4.45am on a dark and cold Saturday morning to make the long trip to East London from the West of Ireland, but at times like this it makes sense again.