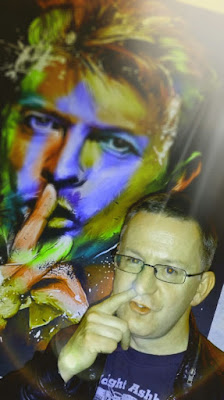 In the week that we lost David Bowie most things seem relatively insignificant. Life trundles on regardless, in all its mundane predictability.

Anyhow, it's a familiar story down at the Vitality stadium. An on the rise Hammers have lost their way after Andy Sicknote departed proceedings in the 11th minute and then gave away a silly goal due to a rare Adrian error.

In truth, we look off the pace and second best in most departments, including desire. Payet has kept the Cherries vigilant but our passing is so poor we repeatedly end up hoofing the ball up to Jelavic- to no gain.

Slav needs to use half time to roll in the chchchanges!
Posted by Verywestham at 12:50