The arrival of Teddy Sheringham as attacking coach for the all new swashbuckling West Ham represents an exciting era for excitement-hungry Hammers. Already the erudite former footballer has started to ring in the changes as he seeks to bring a return to our naturally audacious and flabuoyant selves. 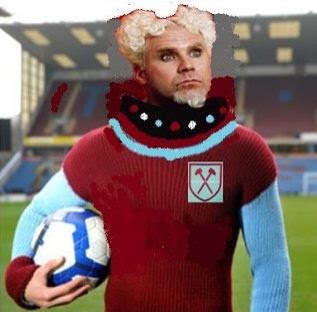 We can reveal that the Sheringham wishlist includes a demand for a new bodacious kit and the West Ham board has immediately responded by acquiring the services of top International fashion mogul, the one and only Mugatu! The top Zoolander fashionista Teddy has already identified our stunningly poor away goals haul as a major area needing attention and designed an away-trips-up-North strip that will keep players warm during visits to freezing cold hell holes like Hull and Noocassel.


It is expected that much of his time will be focused upon designing a new away strip as last season's effort was remarkably bland and it is rumoured may have been mistaken for a Tottie-ham or Fulham shirt by some untrained eyes due to the preponderance of white rather than our traditional and sartorially elegant sky blue with double claret hoops outfit that is the envy of all top clubs around the world! 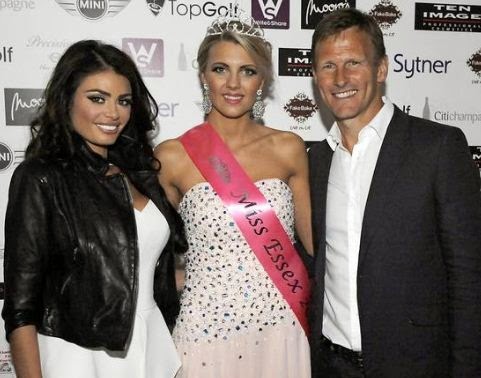 Otherwise, in recognition of the immense challenge at hand in order to get an Allardyce side scoring goals, Sheringham is rumoured to have decided to temporarily withdraw from his responsibilities as a top fashion-model judge in order to spend time eyeballing potential forwards for West Ham.
Sheringham has also hit out at sloppy dressing practices that include ill-fitting and aerodynamically poor onfield attire, with new signing Argentinian Mauro Zarate already under fire from the superfocussed Hammers attacking coach. 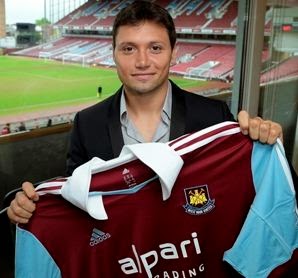