A Bunch of Fives– How West Ham CAN Topple Manchester City 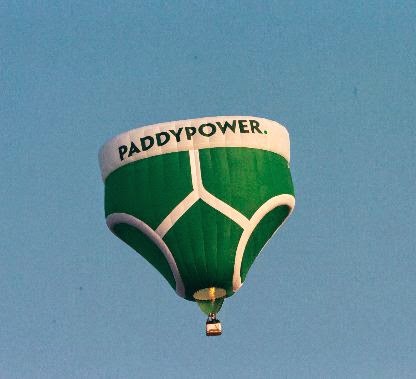 As the 3.00 kick off draws ever closer, betting fans have become intrigued at the remarkable odds being offered against West Ham winning today. With most bookmakers have offered the insulting odds of between 14 and 16-1 against a Hammers’ victory, we wonder if perhaps the cleverclogses at Lad’s broke and Patsy Poormakers may for once have gotten it wrong.

With obvious Hammers-relevant examples of final day ‘giant’-killing heroics to look to, we switch codes to horse racing to find ways in which Big Sam can topple the irritatingly arrogant Citeh. Given the outrageous odds, we have focused on the apparent ‘nags’ – the 100-1 outsiders, who since 1839 have managed to defy the odds to win Horseracing’s premier event - the Grand National.

1. 1928 - Tipperary Tim: The first 100-1 horse to win the Grand National was Tipperary Tim. As the race was about to start, Tipperary Tim's jockey William Dutton heard a friend call out "Billy boy, you'll only win if all the others fall down." However, as fate would have it, 41 of the 42 riders did fall down after a melee at the Canal Turn in treacherous weather conditions, leaving Tipperary Tim to win the race!


VERYWESTHAM: It is a distinct possibility that the prized throroughbreds of Citeh will panic when exposed to the considerable pressure of dealing with a determined and gritty Hammers side. In particular, Aguero and Demechelis may find some hair ruffling antics from Kevin Nolan all too much to handle and find themselves unable to complete the treacherous course for today’s fixture. 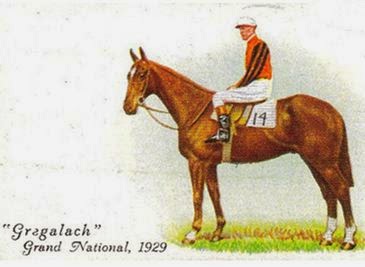 2. 1929 – Gregalach: One year after Tipperary Tim made history, Gregalach became the second successive 100-1 shot to win the Grand National. Gregalach's jockey Robert Everett rode a clever race in which he gradually gained ground on the leaders and overtook the legendary Easter Hero on the second to last fence, before winning the race by six lengths.


VERYWESTHAM: This game plan sounds awesomely familiar to observers of the astute and battle-hardened Allardisi – while the opponents go racing off displaying their immense prowess, Sam’s troops settle into their grim defensive duties, reducing the event to a war of attrition wherein the more resilient rather than more naturally talented prevail. A headed goal from Andy Carroll with 4 minutes to go comes to mind… 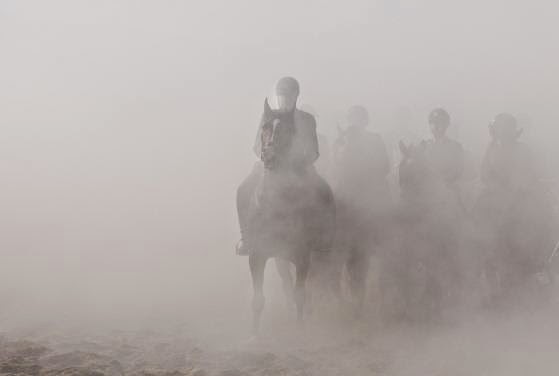 3. 1947 – Caughoo: The 1947 Grand National was complicated by the Aintree course becoming covered by a thick fog allowing 100-1 outsider Caughoo to stealthily creep around the course while other horses get lost and in many cases ending up lost on the course for hours! Even more delicious, it has been rumoured that Caughoo’s cunning jockey Eddie Dempsey hid behind a fence in the early stages of the race, only to emerge towards the end of the race and win by 20 lengths!


VERYWESTHAM: The weather forecast does not highlight fog as a major likelihood in the Manchester region today but undoubtedly the financially overendowed club have lost sight of the basic philosophy of fair competition that underpins the beautiful game, preferring to dish out tons of dosh to (talented) mercenaries with no affection for City or indeed the English game. This has recently extended to wilfully breaking financial fair-play rules. West Ham know only too well the consequences of fielding ineligible players – if City have exceeded agreed limits, should they be allowed to play the players who’s salaries and transfer fees have been responsible for the wrongdoing?

4. 1967 – Foinavon: Perhaps the most famous 100-1 winner of them all was Foinavon, who entered into Grand National folklore by winning the race amidst a mass pile-up and ended up having a fence named after him. Foinavon was lagging behind the other 27 remaining runners, as they approached the 23rd fence, where one horse lost control and caused an unmerciful melee. This had cleared by the time Foinavon made it to the fence and our hero was the only horse to jump the fence first time – and thus finding himself too far ahead for the chasing pack to catch up!


VERYWESTHAM: So City come out and batter West Ham for half an hour, going one up to lots of celebratory back slapping. Then it all grinds to a halt, the crowd get a bit jumpy. With 12 minutes to go, the flambuoyant and swashbuckling VERYWESTHAM Hammer of the Year Guy Demel pops up to double his career total goals haul (to 2). Sweaty pants time ensues…and them Demechelis panics, pulling Andy Carroll’s hair, who in turn puts on a Chico Flores-style howl and Mark Noble steps up to slot away the penalty. 2-1 to the believers. 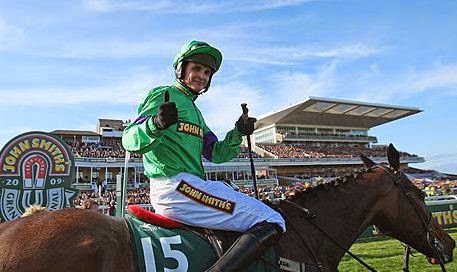 5. 2009 - Mon Mome: A total of 42 years passed after Foinavon's victory, before Mon Mome became the next 100-1 winner of the Grand National in 2009. My Momo (Diame) won without major luck, but simply by virtue of underestimated talent and other over-rated horses not performing on the day.


VERYWESTHAM: Not so crazy as it sounds – Citeh have blown it before and are by no means unbeatable, even at the Etihad. The Hammers are a weird outfit – when up for it, and with a full team (probably both the case for today) they are very hard to score against and with Carroll and Nolan up front can always steal a sneaky goal. The insulting odds, Pelegrini’s arrogant presumption that the title is already won, and the memory of the severe thrashing an understrength Hammers side received from City in the Cup Semi-final will surely get the Hammers up for it.

16-1; we’ll have a tenner of that action thankyou very much!