English football has taken the appearance of a scene from Madagascar as the referees association swarmed together in support of embattled member, Mark Clattenburg. Top whistleblowers from across the UK gathered to show solidarity after Clattenburg received an indefinite suspension amid rumours of insensitive language towards some of the Premiership's vulnerable performers.

In related developments, Benito Mussolini, the former Italian dictator, who faked his own death six decades ago, came out of hiding to offer support for the beleaguered Clatts.  Il Duce, who is a distant cousin of Pierluigi Collina, has offered to provide stand in referee cover for Clatts during his period of enforced exile from the Premiership. Although the harsh and pedantic leader has little experience behind the whistle, it is thought that his innate cruelty should be a major asset in his new role. 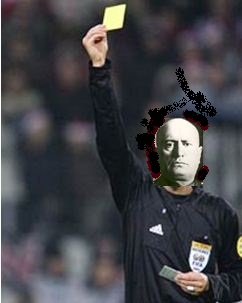 Meanwhile, media-shy Clatts has gone in to hiding as he has a natural aversion to publicity, preferring wherever possible to go unnoticed in his role as referee. It is rumoured that he has sought the help of his boyhood idol, Fulton ‘Mr’ Mackay, the loveable warden in BBC’s long-running prison-based sports sitcom, Porridge. Speaking in Clatt’s defence, Mackay revealed “There's going to be a new regime here, based not on lenience and laxity but on discipline, hard work and blind, unquestioning obedience. Lives will be made a misery. I am back, and I am in charge” 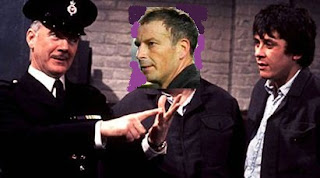 Earlier today, Clatts  issued a ‘come and get me’ challenge to world dictators but could face an uphill battle to find work after the dramatic loss of form in recent times of Muammar Gaddafi and Saddam Hussein. It is rumoured that a role may be made for him in the burgeoning African Nations League, perhaps working as director of football for Uganda’s current despot Yoweri Museveni. 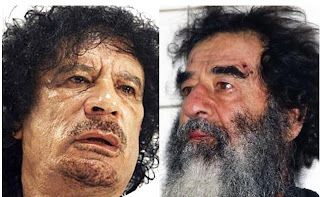 In other news, veteran peace campaigner, Neil ‘Narky’ Warnock voiced his support for the Clatts who he fears may be under threat of death from Chelsea, criticising the famously criminal club for trying to ‘kill’ the vulnerable Clatts. The equally calming influence of FIFA peacemaker Sepp Blatter also entered the debate offering the helpful observation that “Professional soccer needs a little more S&M in it, I cannot see the problem as long as it’s between consenting adults”

Staff at verywestham were quick to point out how their intrepid crimewriter, Rory Meagher, predicted that the increasingly fascistic referee would come unstuck after the appauling scenes that marred the Hammers recent annihilation of lowly QPR at Loftus road (see ‘Hammers survive Dreddful Clattering’). Not surprisingly, the young sleuth (aged 9) has been hailed as the next Nostradamus and continued his revelations with the shocking prediction that more than half of the premiership players will be lego-robots by 2014. 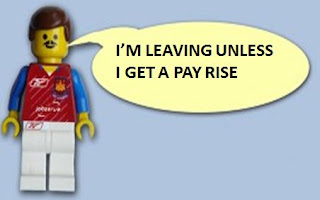