Just as the dust was beginning to settle after another veritable barnstormer at Upton Park last night, it emerged that the Gooners celebrations of their narrow 3-1 victory may be somewhat premature as the result is likely to be overturned under new UEFA rules.  In after match testing for illegal use of performance enhancing strategies, three of the Arsenal side failed the routine ‘full of BS’ test and have been referred for further testing for exposure to performance enhancing psycho-poppycock.

A senior UEFA official commented “UEFA has become aware of the increasing abuse of a variety of dangerous sports psychology interventions and in response have widened our crack down to include psychobabble as well as drug use.” It is thought that Arsene Wenger’s [real name Bob Waddlesworth] recent media comments about ‘negative vibes’ within the modern game alerted UEFA to probable abuse in the Arsenal camp.


Other observers believe this to be an attempt to gag the outspoken Wenger who has recently advocated replacing the standard rectangular pitch with a baseball-like circular field would substantially reduce the bad vibes that bedevil the modern game. Wenger has speculated, for example, that diving and other dishonest calls for penalties would cease overnight, even by his own team who marred Saturday’s ficture with several outrageous demands for ridiculous penalties.

The cost of such pitch reconfigurations has terrified UEFA into punitive action and Gooners fans fear that the punishment may be severe, involving points deductions and possible expulsion from the league. Were this to happen, the Scottish third division could prove an ideal re-entry point for the Gooners where they could join up with fellow footie-cheats Rangers FC. Sources inside UEFA are said to be most satisfied with the extent of the humiliation that the ‘Gers’ have experienced (so far) but await the results of their planned escalation for later this season.


In a pre-emptive strike, Wenger has already begun to bleat about the ‘physicality’ of some of their would be competition, singling out lowly Stenhousemuir FC for special mention. 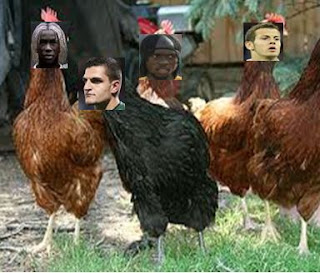 Ready for the Stenhousemuir Challenge

Meanwhile, the joy for Big Sam Allardyce just keeps flowing with news that his old friends at Limerick FC have been crowned first division champions and are promoted to the Airtricity Premier League next year. It seems the Allardyce factor continues to reverberate wherever he has travelled spreading the good word about the beautiful game, except Blackburn. 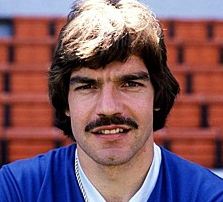