After many months of speculation, it was finally revealed today that Arsenal's erudite 'French' manager, generally known as Arsene Wenger, is in fact Bob Waddlesworth, a junior banking official from Slough. Amazingly, Bob, who has maintained this remarkable subterfuge for more than a decade, cannot speak French and previously knew nothing about football!  In a surprise press announcement he explained to stunned reporters how it all started with an innocent joke using a Franglais accent that quickly progressed to an unhealthy addiction to the hilarious 80s comedy ‘Allo Allo’ before spiralling totally out of control so that he became possessed by the full 'French' persona that became Wenger.

Bob explained "i put in a joke CV for the Arsenal manager's post and presumed they would see through the ruse - for example, i had no previous experience as a player and i put down FC Nancy as my only managerial experience - i thought everybody was aware that FC Nancy are a made up concept to propagate the English stereotype of French men as effeminate, but I guess that the board were so desperate to move on from the horror of the George 'Grim' Graham era that anybody new seemed attractive”


Bob described how he spent long hours in front of the bathroom mirror in his bedsit in Slough perfecting a variety of pretentious facial expressions including the ‘deeply pensive’ to the ‘disingenuously disaffected’ looks that have become Wenger trademarks . These seemed to fool the gullible North Londoners and then all he had to do was find a team; “At first i played safe using fantasy football stats from the French League and it worked a treat because English players were so talentless at that time - we couldn’t stop winning trophies!” 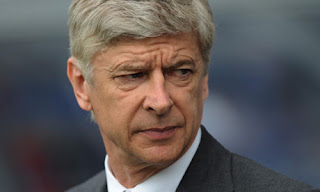 However, Bob revealed how things then started to turn sour “ I think that some of the senior players rumbled that my accent was fake and that I never spoke in actual French – I realised that Vieira and Henry had to go! Luckily the rest of the squad were too self-absorbed to notice my shortcomings or the departure of the more intelligent members of the squad”.  But the problems soon re-emerged; “unfortunately, i then got too ambitious and started using my own judgement - bringing in players because they looked like typical Arsenal 'types' with disastrous results including Stepanovs, Cygan and Chamakh”. 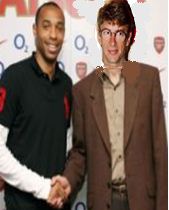 
As things have continued to fall apart at hapless Highbury, Waddlesworth was forced to try increasingly desperate ploys to direct attentions away from his poor stewardship “ At the start of this year I realised that as we haven't won anything for years that it was becoming inevitable that i would be found out, so i decided to try a pincer manoevre: first, i invested in some eye-grabbing aliens – Gervinho had been top scorer in the Klingon League so i snapped him up – I then created a distraction by coming out with all this shamanic vibes bolloxology – if there’s one thing that I have learned over all these years it’s that Gooners are gullible!"


Bob said that he is relieved to have finally come clean and is now looking forward to getting back to watching his boyhood idols at Crystal Palace. “At least normal folk can afford to get into matches down there – not like all that overpriced bourgeois crap at Arsenal – it’s all fur coat and no kecks” 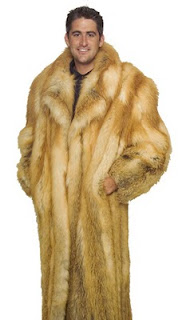 Ideal for those chilly evenings down at the Emirates: Kecks optional

In response ahead of this weekend's big clash, West Ham manager Sam Allardyce commented " Arsenal are at a low ebb - we can take them. We used to batter them for fun when i was at Bolton, expect plenty of whinging afterwards from Widdlewaddle-Wenger or whatever he's called now about 'excessive physicality' and the likes "
Posted by Verywestham at 14:44