Ahar me Hearties! Boleyn Buccaneers ready to Bounce Back

The yawning break in Premiership proceedings enforced by the latest round of International qualifiers is sure to be brought to a sudden end on Saturday when West Ham welcome those old seadogs from the Port of Southampton to Fortress Boleyn. Manager Sam Allardyce has issued a warm welcome to the visitors and has emphasised that Londoners have fully forgiven Southampton for allowing the black death to enter in 1348. However, insiders have warned that there can be no similar forgiveness for the continuing scourge of Craig David.

The Hammers are said to be seething with indignation after their narrow 1-3 defeat to the Gooners which they are attributing in full to referee Phil Dowd's malignant sophistry. In particular, the yellow-card dished out to Momo Diame for celebrating his stunning strike was pivotal in restricting the dominant midfielder's further contributions. 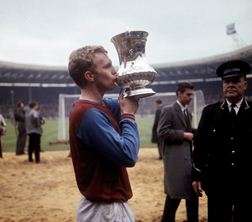 The acceptable face of player kissing

In an exclusive interview he revealed “It got so hot during the goal celebration – some of the lads can take it a bit too far in the hugging and kissing stakes – especially Mark Noble.  I was boiling up and needed to cool down by any means but obviously Mr Dowdy was angered by our group celebrations  -  the current crop of premiership whistleblowers are a bunch of joyless loners who get perverse pleasure from punishing others for being happy. It’s like revenge of the nerds out there” 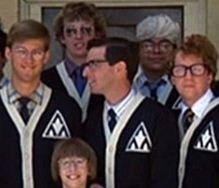 
However, the effervescent Hammers have refused to let such refereeing pedantry spoil their Premiership party and have promised to take revenge upon today. The nervous newbies have so far struggled with the demands of the English Premier league.

Former saints legend, Matt Le Tissier, who now runs the pie shop at St Mary’s stadium has also expressed concern ahead of today’s match “ Southampton have stuck with the squad that got them out of the championship, but last year West ham battered them at Upton Park and only for Matt Taylor’s unusual dismissal it could have been a cricket score” He also revealed his worries for today’s more vulnerable players – it’s so much harder nowadays, the range of tempting snacks is so much wider and those new Walkers crinkle cut crisps are really irresistible" 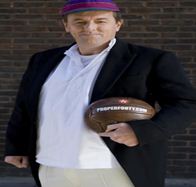 Meanwhile, Police have issued a grade four Dowie-alert around Upton Park today. With Halloween fast approaching, it is feared that he may be uncontrollably attracted to the crunch tie between his two former clubs. Senior club sources have pleaded with the yeti-like creature to stay away to avoid  jeopardising the sustainability of their Kids for a quid scheme 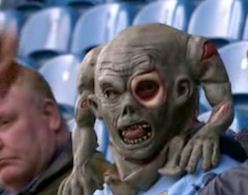