As the curious case of Ravel Morrison entered another chapter this week, speculation has grown that the troubled teen’s loan spell at may come to a premature end due to his persistent problems with ‘poor attitude’.  It is rumoured that Bloooze boss Lee Clark has finally lost patience with Morrison’s refusal to drop his ‘Gangsta’ persona whilst on the field of play. His insistence in wearing ankle height trousers and a heavy ‘bling’ clock is posing a major impediment during training and backroom staff have become fatigued by the gangsta grandstanding and daily death threats.

It is believed that his twin bosses of West Ham and Birmingham are planning to join forces to provide ‘an intervention’ for the hoodied hood.

Top adolescent criminologists have designed a special Toxic Culture Detoxification (TCD) programme for the gangsta-obsessed Morrison with progressive musical harm reduction involving intial exposure to the Happy Mondays, followed by a Yob downgrade to the Stone Roses until ultimately it is hoped to settle him with inoffensive middle aged popsters Elbow.
Speaking from his old Trafford stronghold, Sir Alex Ferguson expressed his surprise at the difficulties with Morrison. The crafty old curmudgeon was shocked to hear of Ravel’s continued hoodlum behaviour which he has previously attributed to high jinks. “hai keen too goan doon thir eh?” he revealed "thir oulz oan wi bank stand". 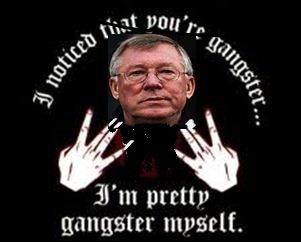 If the loan period at the Bloooze is unsuccessful, West Ham are rumoured to be considering farming the young ruffian out to new feeder club Limerick FC where it is thought that Ravel would feel at home in the City's thriving Gangsta culture.  Such plans may be scuppered however by rumours of a takeover of Limerick FC by a billionaire Turkish oil magnate who have been attracted to the newly promoted seaside city and the progressive culture in the Airtricity Premier league. 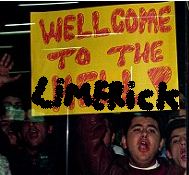 Meanwhile, Dr Sam Allardyce (PhD) in a penetrating perspective on rap and gangsta culture revealed “ I find the whole concept terrifying, mostly by virtue of its propensity for extreme stupidity and glorification of cretinous halfwits. Lightweight clowns the lot of them”. Morrison, however, remained unrepentant as he vowed 2 stay tru 2 his gangsta roots.on twatter today “gangsta is d only way i can be true to myself, and keep it really real.....as long as the udder homies agree” . He also announced plans to abandon the shackles of professional football altogether for a new career as a rapper ‘ Mr Waiy-sta’ 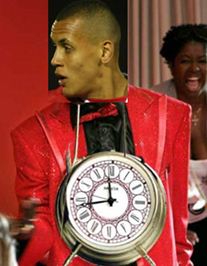 Punctuality has not been an issue