It's Passport Time but today's clash is crucial to determining which competition? 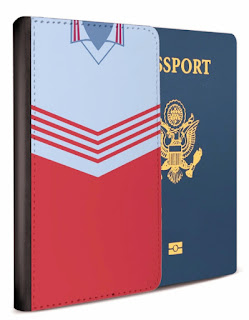 It's been a mixed weekend of results for West Ham as after the unexpected joys of Leicester and Spurs bottling their chances, a markedly under-strength Man City handed Chelsea three points and Liverpool maintained their steady creep by beating Southampton.

But all of that pales in significance in comparison to the Everton game today. Although the Hammers are now 5 points off the pace for fourth, they have a game in hand and on the face of it a relatively gentler run in.

Chelsea are probably home at this stage but have three tough games in the run in against Arsenal, Leicester and Villa. They are on a tremendous run but should they stumble it could get very tight - a loss to Leicester in particular would be a major blow, while their final game could well see Villa pushing for a Europa spot.  The distractions of the FA Cup and Champions League final will add to the pressure.

Leicester's defeat to Newcastle was a massive blow that will trigger all sorts of anxieties about a repeat of last year's implosion in the final run in. With their remaining games away to Man Utd, Chelsea and then home to Spurs, they could struggle to stay ahead of the chasing pack as both Liverpool and West Ham have a run of very winnable games.

Speaking of Liverpool, they have won 4 of their last 6 games and suddenly look like they could sneak into fourth spot. With Palace, Burnley and West Brom to come, and the rescheduled trip to Old Trafford, their experience at the business end of things could prove crucial.

But enough of the competition, the Hammers have four games that will be among the most important in years. On paper, today's game against Everton is the toughest and with 5 games left the Toffees are still very much in the mix. A win or draw today for West Ham would make it most unlikely that Everton might finish above the Hammers and barring an implosion would in effect guarantee at least Europa League qualification.

However, the Europa League would be a booby prize for the Hammers after such a fine season and in reality although qualifying for it should be a stepping stone towards the Champions League, it tends to impede clubs that do not have big squads as they face the vagaries of fixture congestion and midweek travel etc.

Making the Champions League really would be a game changer for West Ham as it would undoubtedly enhance the likelihood of keeping our top players at the club and attract that much needed top striker!

Any likelihood of an implosion over the run in seems less likely with Antonio, Rice and Ogbonna back in the mix. It's still unclear which of the three will start today but David Moyes has not ruled anything out.

In short, a win today keeps the fourth spot VERY attainable as it seems likely that three wins and a draw should be enough.

Either way, European football is getting closer and closer - maybe it's time to invest in a suitable passport holder? Check out the link below for the coolest we have come across so far!