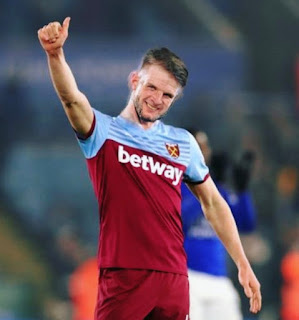 There were emotional scenes at the London stadium this afternoon as West ham concluded their season with a 3-0 win over Southampton.

Club captain Declan Rice waved goodbye to Hammers fans as he completed his final appearance for the club.

Speaking after the game, the talismanic star was almost in tears and revealed "It's always hard, but ultimately you have to move on, and for me now seems the right time".

After a record breaking 537 appearances for the club, spanning 17 years, he has finally called time on a glittering career with 4 Premier League titles, 2 FA Cup wins and, of course the unforgettable Champions League win in 2029! 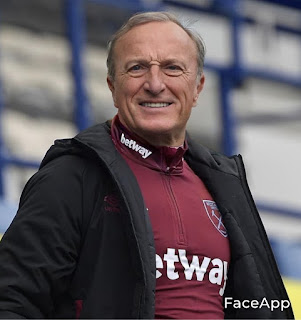 Club manager, Mark Noble, now thought to be probably 145 years old, presented Rice with a key to the new stand that has been named after him and welcomed him to his new role as chief coach.

It seems unbelievable to think that clubs like Manchester Buffaloes and Chelsea Pirates, both now languishing in the championship, once thought that they might prise Rice from the London Stadium!

Hope you enjoyed the season - Enjoy the Summer ahead and let's savour our European adventures next year.

Thanks to Faceapp for the aged images!

Best wishes from the VERYWESTHAM team!