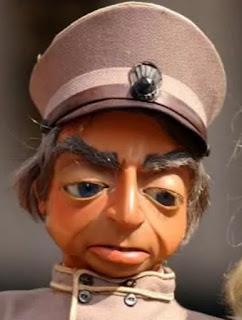 In shock news, ex-Inspiral Carpets roadie Noel Gallagher has predicted that the Hammers will end their triumphant Premiership campaign with a 'whimper' against Southampton tomorrow.

In a blatant manoevre to boost his failing musical career, the frontman with the Low Flying Duds has questioned the spirit of David Moyes troops revealing that in his expert opinion "West ham will go out with a whimper".

Still angry after being ditched by his more talented younger brother, Gallagher has resorted to insults in an effort to gain attention for his latest Beatles tribute act.

Bizarrely, he has also predicted a 7-0 defeat for his local team, Manchester United!

But in better news for the amp-carrying has been, plans for a puppet-free film of Thunderbirds has been announced with Noel a shoe-in for the role of 'Parker'.

Meanwhile, the Hammers are plotting a final day extravaganza for returning fans as they can nail down a much deserved top-six finish!