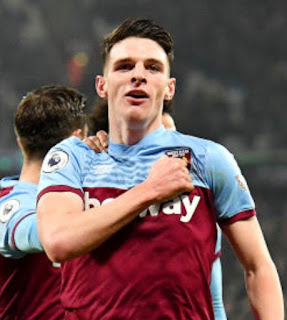 Whatever happens this afternoon at the London Stadium all eyes will be on Declan Rice when the final whistle blows. With many fans worried that today could be his final game before exiting to Chelsea or Man Utd, in reality the club captain is more likely to stay put and lead the Hammers into Europe next season.

None of which will stop the press pushing stories throughout the Summer of his imminent departure as 'little' West ham succumb to an offer they cant refuse.

Already the price tag has risen from £70million in January's Chelsea rumours to a whopping £90million for a Summer switch to Man Utd!

But with a strong squad, London base, massive stadium and European football next season its hard to see why Rice would leave. In simple terms, West ham are the fastest growing club in the World's top league!

As a result, West ham have set a final asking price for Rice at Infinity+1 to be paid in an as yet to be invented cryptocurrency.

So instead of watching Rice at the conclusion of today's game, keep your eyes on Soucek and Coufal, two players that we really need to hold on to as Europe's more discerning clubs come calling. 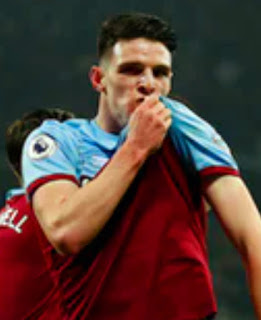