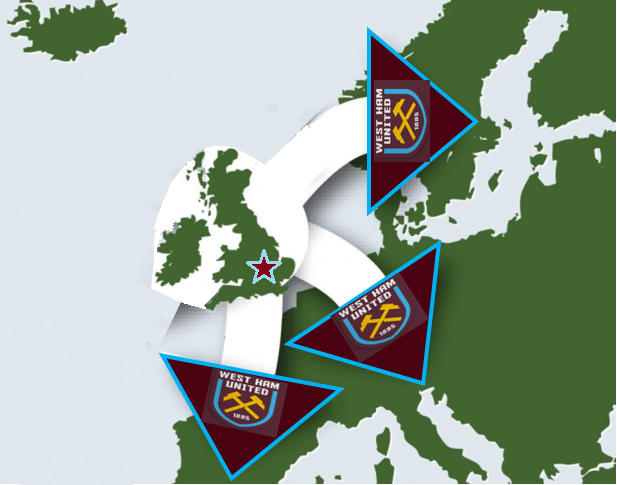 After last night's win away to the Baggies, coupled with Spurs losing at home to Villa, it's looking very very good for a Europa League spot for the mighty Hammers! Barring an unlikely series of final day results, the Hammers are all set to break into Europe!

The﻿ competition has been revamped and made smaller with 7th place in the Premiership qualifying for the new 'Europa Conference'.

The Europa League will thus have a group stage with 32 teams (rather than the 48 of last season) who compete as eight groups of four. The eight group winners progress automatically to the round of 16. There will be knockout round play-offs prior to the round of 16; these will be between the eight UEFA Europa League group runners-up and the eight third-ranked teams of the UEFA Champions League groups.

Important dates to keep in mind are: