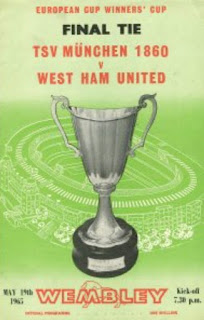 As the Hammers prepare for the 'Tevez Derby' with the visit of bottom of the league Sheffield United tonight, results over the weekend mean that a win could lift them back up to fourth if stumbling Chelsea do not overcome Newcastle.

With almost two thirds of the season played Hammers fans can look to Europe with real hope and in the knowledge that, in contrast to most seasons, they are already well above the ten wins that are typically required to ensure Premiership safety.

But how many wins are needed to achieve top six status? Over the past five years it has typically taken 16-18 victories but this season's results so far suggest that a lower victory count will suffice and the usual 20+ wins needed for a top four place may well be as low as 20 wins!

West ham's best placing in recent years was in the 2015/6 season where Slaven Bilic led his side to 7th with 16 wins in a season that saw Andy Carroll available and in scoring form with Dimitri Payet wowing the league and amassing 12 cracking goals.

All of which raises the important question of whether David Moyes' men can continue their excellent form and what win total can they achieve?

Looking over the Hammers remaining games - 8 at home and 7 away gives considerable hope that with a bit of luck (e.g. a few penalties for a change) and the squad avoiding injuries (a long shot given recent concerns regarding Oggy and Antonio), a top six finish is very achievable.

So far the Hammers have achieved a similar points haul in home and away fixtures during this season of empty stadiums and lie 5th in the away results league and 8th in the home league which would change to 6th if they can win tonight.

The remaining 15 fixtures are

If the Hammers can stay in the race over the next ten relatively tough games then their run in provides plenty of winnable games. However, the home clashes with Spurs, Everton and Chelsea are six pointers that will be key to our final placing.

Let's start with a win tonight and then another 5-6 wins should be enough for a top six placing.