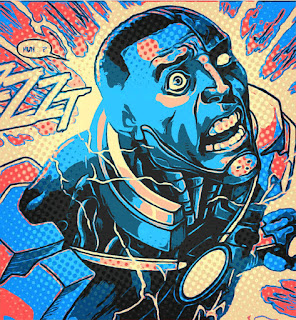 After 12 hours wothout conceding, the Man City machine has been wounded as West ham have scored to go in 1-1 at half time!

West ham have given up 70% of posession but City have so far had only two shots on target, while Michail Antonio has hit the post and scored the crucial equaliser as the Hammers have gone for a counterattacking ploy.

Whatever the final result, at least Moyes' men have demonstrated that Man City's defence can be breached. Peps lads look stunned. More we say, MORE!