The images that will give West Ham hope

Hammers fans were left frustrated at their team's inability to get out of first gear as they stumbled to a barely deserved point at Fulham tonight but they were keft infuriated by referee Mike Dean's dreadful sending off of Tomas Soucek in the last minute of play for a clearly accidental coming together between his elbow and Alex Mitrovic's face!

Mitrovic for his part tried to communicate that it was not malicious to referee Mike Dean but to no avail. Now West ham will surely appeal the decision in the hope that Soucek can play against Manchester United in the Hammers next game. One suspects that this image may help 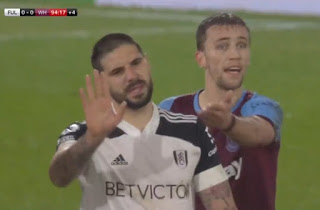 Failing that, Specsavers have jumped in behind Soucek's case with an amusing response to the PL tweet announcing the incident! 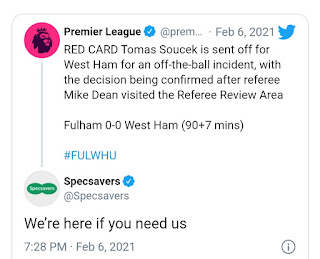