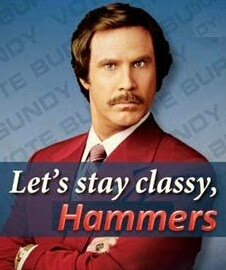 As some observers attempted to add a sense of respectability to the comments of the fans during the offensive exchange by suggesting that the focus was on Kevin Nolan's performance, having watched extended footage its hard not to feel embarrassed for those concerned.