In the aftermath of West Ham's (almost) famous thrashing of Manchester United on Sunday, it has emerged that the club are likely to be quids-in as they are set to receive a massive financial windfall.

While many fans were left choking on their cornflakes with yesterday morning's revelations that Marouane Fellaini had broken James Tomkins nose, later in the day it emerged that the canny East End club have heavily insured the dishy star's honker.


In arrangements similar to those that exist for Rory McIlroy's arms and Maria Sharapova's legs, Tomkins' facial features are valued in the gazzilions. even though surgeons should be able to save his general appearance, it is thought that the compo will be considerable. 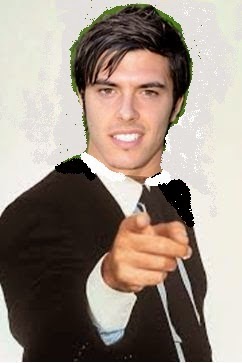 Tomka, who has a habit of hitting the news in the immediate aftermath of Man United games, is said to be recovering and set to continue his excellent form of late as the Hammers prepare to avenge their home defeat against Southampton from earlier this season.
Posted by Verywestham at 05:28