Hammers Can Take Goodison by Storm

Goodison Park. Hmmm. Not a happy hunting ground for our beloved Hammers. With the departure of Miserable Moyes, we might have expected an improvement in our fortunes against Liverpool’s second club, but alas Martinez’s troops have continued the woe. We have even managed to add an annoying habit of throwing away winning positions against possibly our biggest bogey team over the past decade.

HOWEVER, today represents a fantastic opportunity to finally get one over on the sticky Toffees. In many ways, we are the new Everton, including in terms of our Premiership position, but mostly because we are tight at the back aligned with pace up front, especially on the counter attack. We go to Goodison with more confidence than at any time over the past decade, and maybe it can be lucky 13 for us as we have not won now in 12 consecutive meetings with Everton.


Much will hinge upon which side is more fortunate in terms of players returning from niggles – Everton have a host of ‘half’injured players who may or may not figure, while the Hammer’s main concerns are up front with both Sakho and Valencia possibly missing. Andy Carroll waits in the wings - a pretty decent replacement to have on hand!

Stewart Downing is back from his pointless midweek adventure during which Mr Hodgson again demonstrated how ill-attuned he is to what’s going on by playing Downing in his old role rather than the more central position wherein he as been in scintillating form all season. Inevitably, England got the old Downing in terms of match performance. Even worse, it appears that he picked up an injury to add to the annoyance. Tssssssss. 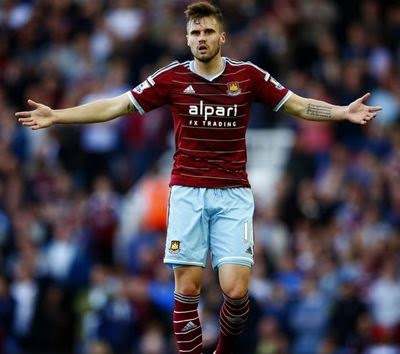 Today’s game offers a wonderful opportunity to examine just how good our current side is. In particular, our full backs have been a revelation – both slotting in seamlessly and providing solid competitive defensive duties along with a level of attacking guile that we have not had from our full backs for many years. HOWEVER, Baines and Coleman both provide a benchmark for our youngsters to aspire towards.

Aaron Cresswell will hopefully have watched Scotland versus the Republic of Ireland last week where Seamus Coleman was given a torrid time by Hull City’s Andrew Robertson who kept the young Irishman on his back foot. Meanwhile Carl Jenkinson will be hoping to put a stop to Satan Baines’ habit of scoring against West Ham. Avoiding conceding silly free kicks around the box will undoubtedly help in that regard. 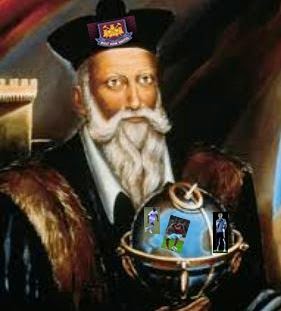 Elsewhere, let’s see how well Everton can engage their short passing game in a midfield that will likely be populated by a highly mobile Hammers trio of Mark Noble, Cheikidh Kouyate and Alex Song. Rory Nostradamus says a draw is a good bet as these sides look evenly matched on paper, but bearing in mind that what goes around comes around, we are undoubtedly overdue a little luck at Goodison and could pinch it 2-1.

Finally, let's spare a thought for Pat Partridge who passed away earlier this week. Hammers fans will recall his stewardship of the 1975 FA Cup Final with fond memories. Pat was one of those referees who made sure to let the players know who was in charge and would not have tolerated some of the guff the current lot endure. Rest in Peace. 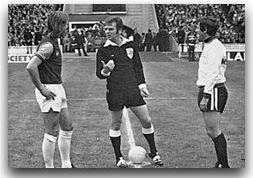