Noble To Go West in Pursuit of European Football 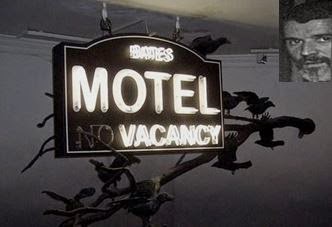 It's all happening down at Fortress Boleyn at the moment as we face the closure of the current transfer window. The arrival of Alex Song on a season's long loan is a real boost for the Bubbles brigade, but does this mean that Momo Diame's departure is imminent? Are we REALLY sure that Winston Reid won't be lured away by the 'big' boys? Bearing in mind that once again Carlton 'Killer' Cole led the line for Saturday's gutless performance against a free-flowing Southampton, could Sam still bring in additional attacking recruits?

Fingers crossed that there won't be any unpleasant surprises as the day progresses.

In other news, Mark Noble looks to have finally lost patience wit the England set up and indicated that he plans to make a decision on whether he will become the latest 'plastic' Paddy to commit to the Republic of Ireland. Word is that Big Sam supports the move, and why not as it is absolutely clear that Roy Hodgson does not fancy Noble and despite the departure of Gerrard and Lampard can find no room at the inn for the Premiership's most active midfielder. With Hodgson having been given the nod for the next two years, it's time for 'our' Nobes to give in to his destiny. Even more irritating for Noble is the rumour that Hodgson tried to convince Lampard not to retire!

On would hope to Joey O'Brien will encourage Mark to do the right thing for Ireland and sign up for the forthcoming European Championships campaign A midfield partnership with the ever improving James McCarthy would be VERY exciting!). It's notable that after all the nonsense he endured under the Leslie Nielson/Trappatoni regime (apparently Giovanni didn't know that Joey was Irish!) O'Brien is being groomed as the left back that Ireland so desperately need.

Mark has said that it would be 'strange' to play for any country other than England, but it's likely that the likes of Andy Townsend, John Aldridge, Kevin  Sheedy and Mark Lawrenson all felt a bit 'strange' on their debuts for the Emerald Isle, but I doubt if they regret making the decision as the enjoyed long and productive careers with Ireland that wouldn't have been possible with England.

After Saturday's defeat to Southampton, it looks like European club football is also unlikely to happen for Noble in the immediate future!