It's that time again....Hammers Ready to Storm Old Trafford! 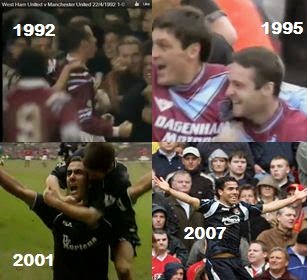 The tension is mounting ahead of West ham's visit to ye Olde Trafforde Stadium this weekend, where for the first time in many years the Happy Hammers travel in genuine expectation. This, in part, reflects the continued demise of Beelzebub's preferred Premiership performers who are now stranded in the bottom half of the table, but also reflects the confidence the current West Ham squad have after two stunning performances last week - unlucky to only draw at Hull city followed by the delicious demolition of Liverpool.

﻿Not surprisingly, Hammers fans are preparing to travel in their gazzillions to witness a rare away victory over the Mancs and in anticipation of travel chaos some have already started to explore a variety of ways in which they might make it to the match.

﻿
Our intrepid undercover reported at verywestham has infiltrated some supporter ‘cells’ in order to find out what the inventive Bubbles boys have been up to: 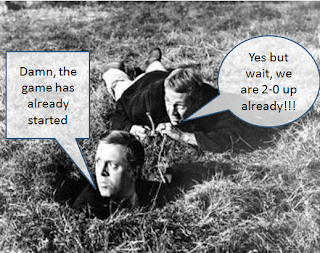 By far and away the most popular option appears to be to travel to the match by hot air balloon which can then hover above the stadium – in initial plans, some fans hoped to make a series of Dunkirk-style on-pitch landings before the game but after taking advice from previous Old Trafford attendees they have realised that their view of the match should be just as good from the hot air balloons as it would be from most of the ‘upper’ seats in Old Trafford. Moreover, the need for liberal use of binoculars in order to follow the game will provide excellent preparation for the new Olympic stadium experience where the nearest ‘pitch-side’ seating will be a humungous 10 metres from the on-field action!


﻿
Other fans have started working on a tunnel under the ground and plan to burrow their way to emerge at the away end. However, observers have warned that with even the most minor miscalculation they could appear in the 'dreaded' Stretford end. Happily, there is little likelihood of the visiting supporters being in any danger as the home ‘fans’ are unlikely to equate non-Mancunian accents with being imposters. 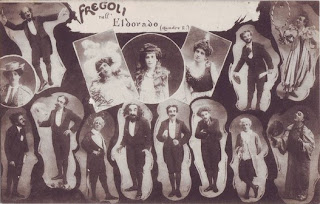 Some supporters have been discouraged by the outrageous admission price at Old Trafford which dwarf those at the considerably more welcoming Boleyn ground. In an effort to gain admission without such expense, some fans have been attending crash courses at the Fregoli school of disguise and impersonation – the 19th century Italian master of surprise is still remembered in London for his stunning performances that paved the way for a generation of thieves and pickpockets across the capital!

Of course, the art of impersonation is a familiar phenomenon to Man United fans, with obvious examples painfully close to home with a series of misfit pretenders having arrived during the Moyes era who are now idle in the stands watching Van Gaals recruits perpetuate the fumbling nonsense that has come to characterise The current Man United set up.


﻿﻿ The possibility of posing as an on-duty policeman and mingling with the security staff is another attractive option that would require minimal skills of deception apart from mastering the capacity to glare menacingly at innocent members of the public who have committed the ‘crime’ of attending a footie match!

Another strategy would be to dress up as schoolchildren and sneak in to the family enclosure using the considerably less expensive children’s tickets. However, some Hammers fans have expressed concerns that such behaviour could easily be misconstrued and result in the ‘perpetrators’ finding themselves on an offenders register.


﻿
Other fans have decided to just ‘come clean’ and admit that the price of admission is beyond their limited means and simply beg for charity. This is considered a very high risk strategy that has already been used to death by Man United fans who are forced to endure the exorbitant price of admission to Old Trafford on a regular basis in order to squawk their approval for Wooney’s ‘undoubted class’, Wio’s ‘football intelligence’ or Wyan’s ‘latest genius offering’......... Pfaff!!!

However you get there, enjoy the fun
and maybe, just maybe.....
COYI!