It’s all set for a return of the old Viz comic favourite as the Pathetic sharks that are the current  toothless Hammers head to the seaside at Southampton in search of Premiership points. In the wake of Andy Carroll’s latest injury setback, which  amusingly is common amongst ballet dancers, Hammers will once again be forced to rely upon ‘attack from the back’ which is a cool-sounding catchphrase for death by blunt trauma.

Some negative-minded observers have suggested that without an established striker to lead their attack, the best that the hapless Hammers can hope for is a sneaky goal from midfield or a set piece. Meanwhile, the saints offensive line will be headed by recurring Hammers target Rickie ‘late developer’ Lambert who will be seeking to add to his increasing popularity as England’s first striker. Thankfully, the Hammers muscular defence is well equipped for strikers of the Lambert profile so the likely line ups should make for a robust encounter. 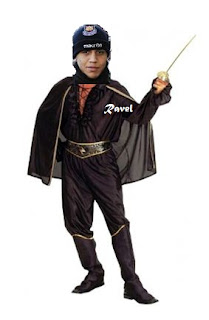 Although the main question on Hammers fan’s lips is whether new signing Mladen Petric will get a run out (and we predict an appearance as a second half substitute if the Hammers are chasing the game), perhaps more intriguing will be how Big Sam decides to employ the rising Ravel Marrison who has clearly demonstrated since his return from Coventry (err – actually that’s Birmingham) that he does represent a potent goal scoring threat from midfield.


Modi Mohawk poised to get another chance up front or will Big Sam change his beloved 4-5-1 formation in order to maximise the return from the squad he has available? Both Maiga and new signing Petric have previously prospered in sides with two up front but…the Cuddly from Dudley tends to stick to what he knows best. Let’s hope for 0-0!
Posted by Verywestham at 03:24