City at Full Strength While Parker is Out for West Ham 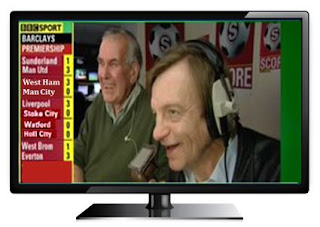 There was a time (2007-2012 to be precise) when the absence of Captain Fantastic Scott Parker would have been devastating to West Ham's chance of getting a result. However, time moves on, and it's the absence of Peter Parker AKA Spiderman that threatens the Hammers hopes of getting a smile out of tonight's clash with the Blue Moonies.

The last time the Moonies visited the London stadium they dished out an almighty 5-0 hiding to a lacklustre Hammers. The night that had virtually nothing to redeem it until in the 87th minute two pranksters entered the field dressed as Spiderman and a generic cosplayer and proceeded to re-enact Man City's soft penalty that opened their account and tilted what had been a tight game up until then in their favour.


With pitch invasion now condemned by the authorities and legally considered equivalent to trespassing since 1991, Spidey and his mate await their punishment and are unlikely to be in any position to offer a repeat performance to cheer the crowd if Man City produce another demolition job. with Aguero and Toure both fit and ready to play, it'll be a baptism of fire for Fonte and Snodgrass (can we call him Snods or Snoddy yet?)

BTW even at the grand old age of 36 years and three months Scott Parker is still putting in the performances for Fulham - more than 20 so far this season!

As for VERYWESTHAM, we'll be watching the game from Leamington before going to see top Man City fan Mark E Smith and the fall bash out a few tunes. Word is that the Fall are on stage at 9.45....that should give them just enough time to catch Michail Antonio's injury time winner?