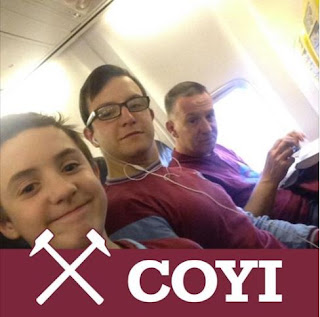 Slaven Bilic’s side may be underperforming so far in this season’s Premiership, but on the International front there is much to remind us just how talented our current squad is as the latest series of Internationals highlights.
Dimitri Payet put himself even further into the shop window with another stunning performance for France - scoring one and assisting in another as France defeated Sweden 2-1 in Paris on Friday. Payet’s free-kick in the 58th minute was headed home by Paul Pogba. Dimitri then capped off a fine performance by scoring the winner on 65 minutes thus maintaining France’s dominance in the group. As we languish in 17th place in the Premiership, the pressure for a move in January is mounting and his own recent comments highlight how little long-term contracts actually mean in the modern game.


There was also a big night for hammers latest rising star – young Edimilson Fernandes who made his debut for Switzerland against the Faroe Islands in Lucerne. Fernades came on midway through the second half and helped his side to a 2-0 victory. No doubt his recent breakthrough into the Hammers first team was a significant factor in his international promotion.
The Republic of Ireland pulled off a major coup in Vienna with a 1-0 win over Austria to go top of their group with three wins and a draw after the opening four matches. Hammers number two Darren Randolph relished some game time and kept a precious clean sheet with an assured performance for the boys in green. You’d have to wonder what he needs to do to displace the out of form Adrian in the starting XI?


Meanwhile, Cheikhou Kouyate captained Senegal to a disappointing 2-1 defeat in South Africa, while Andre Ayew captained Ghana to a 2-0 loss in Egypt.
Elsewhere, Sofiane Feghouli played the final ten minutes as Algeria were defeated 3-1 in Nigeria, Simone Zaza came on as a late substitute for Italy in their 4-0 win in Liechtenstein (no, he didn’t score!), and Havard Nordtveit sat on the bench throughout Norway’s 2-1 loss to the Czech Republic in Prague.


Spurs are up next – they remain the only unbeaten side in the four English leagues! We will be missing Mark Noble but Tottenham are having a bad run of injuries and could be without a host of first team players. Diafra Sakho will be available for selection which will give a revealing insight into whether he has truly made his peace with SuperSlav. Andy Carroll continues to make 'good progress' - whatever that is! maybe he'll be back for the New Year?
The North Londoners have become draw specialists with 6 stalemates in their opening 11 games. A draw away from home would be a decent result for SuperSlav’s lads just now as they face a series of tough fixtures and will want to head into Christmas outside of the relegation zone.
Posted by Verywestham at 23:49