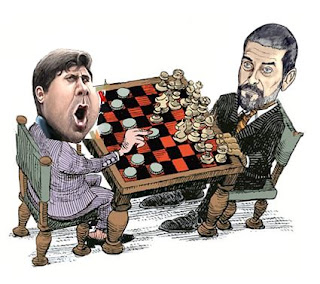 Well it's not as crazy as Sam's 4-6-0 formation was that earned him the Allardici tag, but SuperSlav has decided to go for it with an unexpected starting XI that includes Diafra Sakho starting!!!! As predicted by many, Adrian is 'rested' in favour of Randolph, while we look lightish in midfield with Kouyate and Obiang - the former possibly playing in a very deep role. It'll be a tough shift for Obiang today!