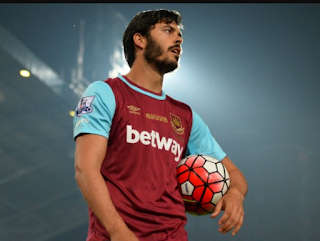 After yesterday's comical defensive implosion against Watford, Hammers fans are wondering what has gone so wrong at the back?

In contrast to last year, where Bilic's side demonstrated an impressive capacity to shut games down, so far this year the Hammers have been remarkably porous at the back.

Chief to their defensive problems has been the chaos at right back. Bilic persisted with playing Michail Antonio as a wing back despite repeated evidence that Antonio lacked the positional and tackling nous of a Premiership wuality defender.

Meanwhile, Sam Byram has returned from injury but has struggled to acclimatise to the pace of the top flight and to manage the twin demands of defence and attack. In simple terms, giving a yard of space to Premiership forwards is foolhardy and subject to repeated punishment.

All of which begs the question: what can Bilic do to restore a stable back line? Arbeloa has arrived to provide options but is still well off match fitness and at 33 years of age is only a temporary solution.

This time last year Bilic faces a similar issue as Carl Jenkinson lost form and confidence. Up stepped James Tomkins to fill in at right back. Defensively Tomkins was excellent and despite a lack of explosive pace, also linked in well with the attack.

Unfortunately, Tomkins became frustrated with the lack of starting opportunities under Bilic and in a move that shocked Hammers fans, departed for Crystal Palace during the Summer. The £10million fee was touted as a decent deal for West ham but right now we could certainly do with Tomkins experience. One suspects that he would have come on as a substitute at half time yesterday to replace either Byram or Collins who were both misfiring but alas, Tonks is warming the Palace bench at present and yet to make a Premiership start for the Eagles.

Bad business all round it seems!