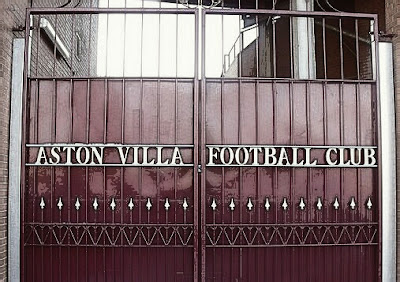 First up, the draw was probably a fair result testerday as West ham were once again meek in attack, while Villa lacked the quality to seize a winning position aftr they levelled.

It's also tiresome to listen to managers whinge about refereeing decisions when often their team haven't performed well enough. However, Slaven Bilic is a refreshing exception - he is more candid than any other Premiership manager and calls it as it really is - good or bad. His post match interview yesterday included a totally justified moan about referee Mike Dean' s three penalty decisions.

The Villa penalty was a stinker as it was clearly a free out as Gestede manoevred himseld ahead of Ogbonna by pulling his shirt. Moreover, if it was a true penalty, then there could be no other outcome for the already yellow-carded Ogbonna than an early bath. Strangely, Dean didn't deliver...had he realised that his call was an error and was trying to soften the injustice? With Tomka's eye injury and Reid still crocked, we can be thankful for small mercies as we lack another established centre back.

The two shouts for handball looked decent; the first because the ball was headed goal bound before Bacuna's raised arms intervened, while the second by Westwood was gilt edged as his hand reflexively moved to the ball. The referee's assistant really should have been key to both decisions but had nothing to report.

It all balances out over the season though, doesn't it?
Posted by Verywestham at 02:04