Wanchope to inherit the Allardyce Legacy?

Watching the Costa Rica versus Holland World Cup quarter final, it's hard not to recall the unpredictable genius that was Paulo Wanchope when he was at West ham. Either going on 50 yard runs or falling over the ball, the Costa Rican had an endless smile that reminded us all that it's a game to be enjoyed!

But what about the current Costa Ricans? Has Allardyce been doing some secret consultancy work because their defensive set up is VERY WEST HAM (you'll pardon the pun!). They are tremendously solid and Holland are really struggling to get any purchase on them. 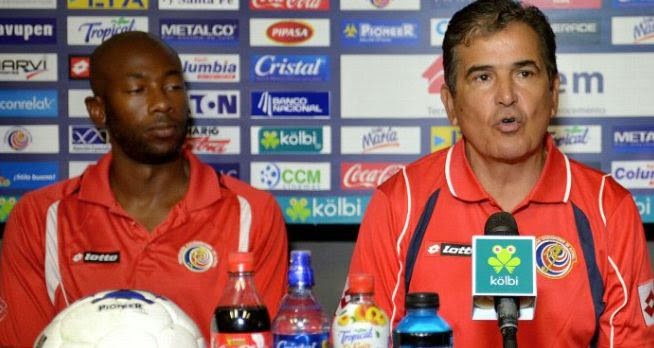 Even though Paulo Wanchope is currently assistant manager to Jorge Luis Pinto, one wonders if he might be equipped to take over the Allardyce legacy when the time comes? Word on the street is that he works closely with colleagues from his Premier league days and is a real stickler for detail in profiling opponents. It's worth remembering that the 'Ticos' are missing two of their best players (Bryan Oviedo and Alvaro Saborio) through injury!!!

Otherwise, watching Dirk Kuyt at right ?wing back makes me wonder if Iain Dowie hung up his boots too soon! While Brian Ruiz looks a smacker for Yossi Benayoun in his heyday!

As the extra time kicks in, one wonders how Costa Rica would do in the Premiership - or better still, how would West Ham do in the World Cup? The tournament seems to favour sides who defend in numbers and rely on quick breaks or setpieces for scoring opportunities. Sounds familiar.