'Whingy' Warnock is Back: God help us!!! 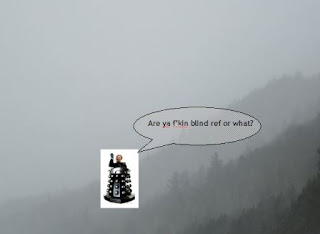 Arghhhhh! Just when you thought that we had finally ditched Neil 'Warlock' Warnock back in the ghastly wilderness of the Chumpionship you find him back and ready to wage whinge-war on referees, match officials and the general vissitudes of playing football on the imperfect planet we call Earth. The pugnacious and forthright Yorkshireman has quite a bit of history with the Hammers, mainly through his leading of the whinerfest that followed the discovery of some minor administrative misunderstandings around the Tevezgate period when Mr Moany was boss at the tragic Blades of Sheffield.

After a series of failed stints at Palace and Leeds, Warnock succumbed to the pleas of Glamorous Rotherham and managed to steer them to safety from quite dire circumstances in the Championship. He was rewarded with being given the reins at Cardiff and in two seasons has performed impressively with limited resources and guided them into the Premiership.

Warnock is a passionate observer of the game but also noted for overstepping the mark on a regular basis. Whatever else, he is certainly a colourful character and an entertaining pundit. Warnock can be scathing about referees - a pattern that is all the more amusing given that he is himself a fully qualified referee but has never presided over a top level match. No doubt some of his refereeing victims would relish the opportunity to put bigmouth in the hot seat!

Having turned 70 this year, Warnock is only too aware of his inevitable demise and when asked if he would like a minutes silence to mark his passing when it occurs responded with typical Warnock wisdom: "“I don’t want silence. I want them all to be chanting ‘Warnock’s a w*nker’ over and over again. For a whole minute. That would be my ideal.”

Let's hope that the Hammers give Mr Whingy plenty to rant about tonight! Worryingly, Manuel Pellegrini has been forced to shuffle his back four due to a variety of knocks picked up in Saturday's 3-0 demolition of Newcastle. Michail Antonio is in at right back (Ouch!), while Nagelo Ogbonna is rewarded for his patience and replaces Fabien Balbuena at CB. Twinkle-toes Arthur Masuaku is at Left back, emphasising the need to play to outr strengths by taking the game to Cardiff right from the off.