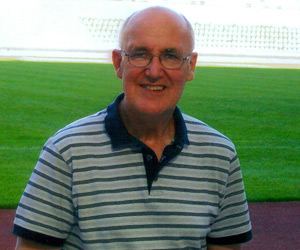 With all the media hoohaa about the Olympic Stadium deal, the last thing that the Hammers need right now is more evidence of deceit and subterfuge at fortress Boleyn.

However, startling revelations from prominent Hammers historian Steve Marsh suggests that the club have been feeding the nerds with incorrect dweebfodder for years!

In his book which details just about every last statistic about the club, Marsh has revealed that simple and fundamental facts about the club are erroneous. For example, the attendance records show that a 1970 FA cup tie against Spurs accomodated the fullest house at the Boleyn with 42,322. However, Marsh has revealed that fixtures in 1927 and 1932 both exceeded this, with the actual record standing at 43,455.

We await further revelations as this web of deceit is unravelled. The current Dimitri Payet situation, for example, seems too good to be true!
Posted by Verywestham at 05:44