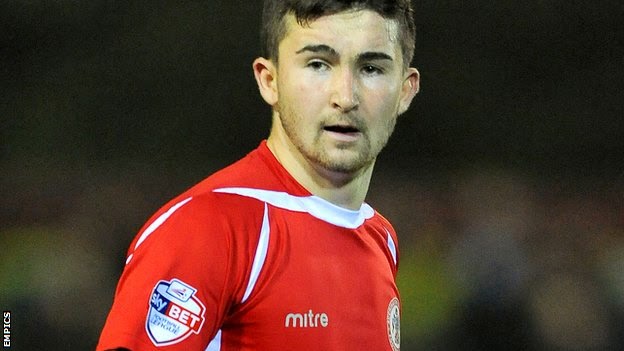 As West ham look deep into their squad for attacking talent to fill the gaps caused by the absence of Andy C and Diafra Sakho, the development squad's Sean Maguire looks to finally realising his potential whilst on loan at League 2 Accrington.

Maguire is on a goalscoring run, and was the hero today against Stevenage as he slotted twice to earn his side a useful point. This was all the more impressive given that Accrington's Nicky Huny (no that's not rhyming slang) lived up to his name by getting himself sent off in the second minute of the game for fighting!!!

Maguire was labelled the Irish Messi whilst at Waterford United (no pressure then!) in the League of Ireland and now in his second loan spell looks to be coming of age.
Posted by Verywestham at 09:06