At Least we didn't buy another Benni McCarthy! 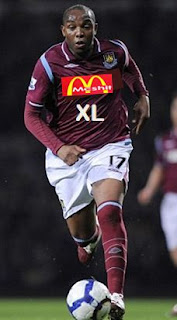 It's been a complete non-event of a transfer window as West Ham failed to bring in a single new face to shore up their challenge for a top four finish and Europa League campaign.

But it could be worse - in what is always a limited market of left overs and strays, January deals have a habit of backfiring as the desperate and the bewildered part with their cash in the hope of changing their flagging fortunes.

Consider the tragic tale of Benni McCarthy who arrived at West Ham United on transfer deadline day in  2010. The following week he  was injured in his debut for West Ham in a 2–1 defeat to Burnley and was out for two crucial months.

Things went further downhill from there until he left the club in acrimonious circumstances in  February 2011, having played just 326 minutes of football without a single goal for the club.

Sometimes you are better to walk away empty handed if all that is on offer is damaged goods. While fans may be frustrated just now, it could be worse!