Striker Signs as the Real Business Kicks in at West Ham 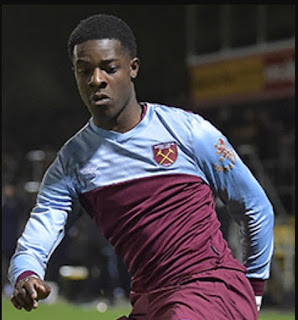 In a market that has been thin on available strikers West ham have signaled their intentions with a bold move today.

Desperately needing back up for Michail Antonio, the Hammers signed a new contract with starlet Mipo Odubeko and then promptly sent him on loan to Huddersfield!

While that might seem crazy given the lads potential and the need for an understudy to Antonio, it indicates that the club must be confident of bringing in a second striker before the transfer window closes at 11pm tomorrow.

Odubeko made the first team squad on 18 occasions last year, highlighting how close he is to making the big breakthrough. The domestic cup and Europa League games would surely have been opportunities for him to push on with game time but he is obviously not seen as needed just yet for the first team. His departure creates space for incoming players.

The club have been quiet about their dealings and must surely be about to spring a surprise. With so many clubs hurting financially due to loss of revenue, who knows what players might come up for a last minute deal?

One thing is for sure, failure to bring in a second striker would be foolish in the extreme given the expanded fixture list Moyes' men face with Europa league action.