Revealed: the striker West Ham can and should buy 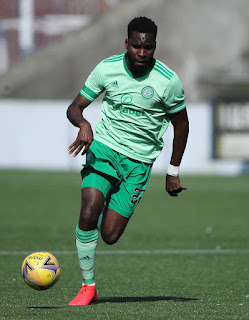 There has been much speculation about potential striking recruits for West ham with an ever longer list of 'suitable' players suggested in the media.

However, when you step back one player stands out as a near perfect fit for the Hammers - Odsonne Edouard.

Here are five reasons why he should be on his way to West ham by this time next week.

1. He really is a striker. Not an 'attacking midfielder' or 'wide playing forward' but a proper striker. His strike rate at Celtic with 76 goals in 147 matches gives a scoring rate of 0.52 goals per game which, although it isn't in the Premiership, is in a league where a similar style of football is played such that the transition should be relatively easy.

2. He would be an ideal understudy to Michail Antonio. Mikey is not a natural striker but has intelligently dedicated himself to continually improving his game. He does not just rely on his physicality as his positioning and link up play is clever and he would be a fantastic asset for Edouard as the 23 year old continues to develop his skillset.

3. Even better for an incoming striker, Antonio needs to manage his game time due to his hamstring issues which means Edouard would not just be warming the bench.

4. He's ready to leave Celtic now as he has won everything in Scottish footy. With one year left on his contract Celtic are realistic about the likelihood of him moving on and want to cash in. A fee of £15 is bandied about which would work for the Hammers and having jettisoned Felipe Anderson they would have funds to cover his wage demands.

5. He's a likeable upbeat guy! This may sound fatuous but Moyes focuses upon bringing in players who will fit in and are keen to work hard and enjoy their football. It's no coincidence that the current Hammers squad are the happiest in the league and Odsonne looks like he would fit in well. Also, having spent time in Glasgee, he should have no problem understanding what the boss is saying!

So, forget all these unknowns from European leagues, this one is a no-brainer.