In Devonshire We Trust: Here's How Hammers Can Shake Off Blades Hoodoo 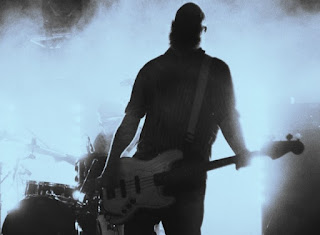 The Hammers head North today looking to continue the excellent form that has placed them in a decent position despite a tough opening series of fixtures. It's time to push on but as always Hammers fans will worry that after heroics against top sides we do have a tendency to stumble when we have the chance to capitalise against bottom half teams.

And bottom half Sheffield United certainly are! What a difference a season can make - last year they impressed finishing in ninth as a solid team proved difficult opponents to break down. This season they have struggled, especially up front with just 4 goals in their 8 games and a mere point on the board.

But all that could count for little today in a fixture that still has an edge to it after the Tevezgate business that saw the Blades relegated in the 2006-7 season and then subsequently compensated to the tune of £20 million. Add to that the drama at the end of last season's tussle at Bramall lane where the Hammers were harshly denied a late equaliser then the scene is set.

As for today's game, the fitness of Michail Antonio is a key talking point with the general sense that Hammers battering ram may not be ready to return just yet. In addition, there is the issue of whether to start new guy Said Benrahma after his impressive cameo against Fulham (VWH are of the view that Fulham's penalty was very harsh but he will have noted that players are far more likely to hit the deck in the Premiership than the Championship!). That aside, we seem to have avoided any injuries during the break among our international players so there seems little reason to alter a functioning unit.

The bookies have West ham at evens for the win, with the Blades 5/2 which says a lot considering they are at home and West ham have not won away to Sheffield United since 1968! Presumably that statistic underpins Mystic Mark Lawrenson's prediction of a 2-0 home win for the Blades but have no fear as Adam Devonshire - the magnificent bass maestro of supercool Bristol punk band IDLES has gone for a 0-1 away win in favour of David Moyes men.

Meanwhile Rory Nostradamus, sometime bassist with Irish post punk Godfathers The Sons of Southern Ulster reckons that West ham struggle to keep clean sheets while the Blades are pretty blunt up top and thus has predicted a 1-2 away win. Moreover, with no crowd to urge them on, Sheffield United will miss the home advantage.