Hammers Still Stuck at the Wrong End of the Pitch 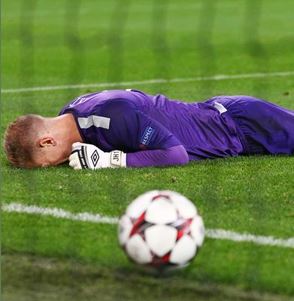 Zzzzzzz. It's been a much quieter transfer period so far this year as the Hammers board have realised the wisdom of keeping your cards close to your chest. So far, the striker speculation has mostly been about a variety of modest performers Premiership - Gray, Bony, Rondon, Slimani...Let's hope we can find something a bit more exciting further afield as it's hard to see any of that list of sub 20-goals per season strikers changing us into top six contenders.

Otherwise, we seem stuck looking at the option of a new netminder. In all honesty, the Randolph / Adrian competition is very positive and although both experienced dips in form last season, the reality is that over the past few years they have both excelled and are reaching the peak of their careers. All of which raises the question - do we really need Joe Hart? A season long loan would surely just serve to destabilise an area of the squad that thrives on stability and confidence?


Also, it looks like our first two signings will both be defensive. While you can argue that defensively we were weak last term, in reality apart from the silly situation at right back, our lack of an attacking threat allowed teams to push on to us and exposed us defensively. Add some pace and a cutting edge to our attack and the defence will inevitably improve without major changes in personel (apart from Zabaletta, who looks like a good acquisition).
Happily, Slaven Bilic has revealed that the club is not interested in bringing in lots of unproven squad boosting players but are focussing upon trying to acquire players who will slot straight into the starting XI. Next season truly is a big one for the club - there can be no more whinging about adapting to a new stadium or building financially as we are now a big club with the finances and structures that big clubs have. It's time to think big and stay away from the bargain basement - Payet was an aberration and even then we eventually got to discover why he was a budget buy!

Let's hope the silence is a measure of the fact that we are doing serious business.