Hammers to do the Business against Tame Tigers 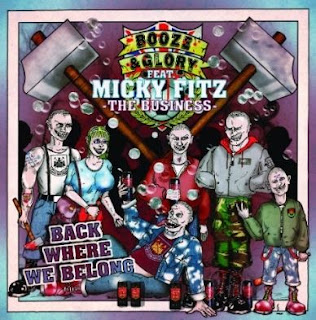 After two decent results in the past week, suddenly this isn't quite the six pointer that it was being billed as, but undoubtedly the Hammers will need to take all three points today against Hull to get themselves back at the right end of the Premiership table.

Slaven Bilic will have the rare privilege of being able to select the same starting XI today and will almost certainly stick with Big Andy up top and Michail Antonio at right back with Manu Lanzini instead of Andre Ayew.

In goals, Dazza Randolph looks set to continue ahead of Adrian after redeeming himself for the blunder that gave Liverpool and early second half equaliser at Anfield last week by pulling off one of the saves of the season to keep out a Jordan Henderson strike - a save that ultimately earned the resilient Hammers a valuable point.

Mystic Mark Lawro reckons the Hammers will run out 2-0 winners. Given the Cockney boys difficulties keeping the sheets clean this year a 2-1 score line seems more realistic. However, either way, after a great start to the season Hull City have fallen backwards and have just two points from their last five games and haven't won in their last 14 Premiership games.

It therefore looks likely that Hull will play for a point and hope to sneak a winner. However, with Big Andy Back and the Payet-factor from set pieces, West Ham are much better equipped to deal with opponents who adopt a negative formation and look to frustrate.

West ham are 7-10 on, while Hull are 4-1 against for the win. We reckon 2-1 with another squeaky bum finish as the (still) misfiring Hammers have not really rediscovered a fluid attacking pattern and will need to play it tight and hope for a breakthrough.

Our few decent performances this season have all been against stronger opposition rather than the likes of Hull. It'll be a war of attrition and let's hope our fans can get behind the team. A few more decent results and we might make a charge up the table.


A final thought for loyal Hammer and all round decent geezer Micky Fitz, singer with punk band the Business who passed away earlier this month.
VIVA BOBBY MOORE. Hope you're up there with him mate.
COYI!!!