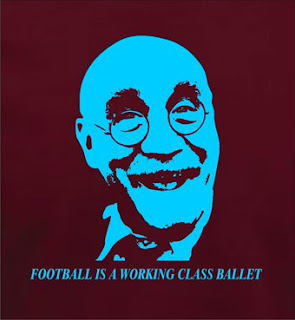 Its been a tough week for Hammers head honcho Slaven Bilic. A host of new injuries coupled with an embarrassingexit from the Europa League have provoked a negative cloud to descend upon the Olympic Stadium.

However, SuperSlav is a fantastic communicator and in typical fashion tried to turn the issue of fans booing his underperforming side on its head.

Bilic stated that he was pleased that fans booed as it indicated their passion and sensitivity towards what is going on on the pitch. He went on to express his belief that Hammers fans love their physical stoppers as much as the Di Canios and Bishops. He bemoaned the increasing tendency for referees to punish any physically robust play explaining how football "is not ballet"

Hmmmm. I doubt if Sir Alf G would agree! Slav rarely gets it wrong, so lets enjoy a rare howler from the great one.
Posted by Verywestham at 15:10