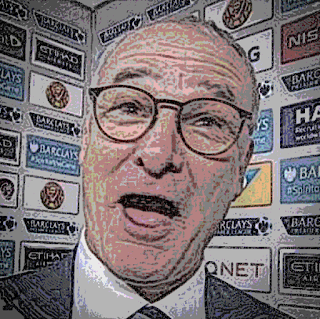 It's a measure of how impressive the Foxes record is this season (only 3 defeats and only one at home), as well as the tactical masterclass that Claudio Ranieri demonstrated in his two victories over Slaven Bilic's side this season, that the Hammers are 6-1 against to emerge from the KingPower stadium with a win today!

However, apart from Man Utd whom the Hammers have yet to play at Upton Park, Bilic has toppled all the Premiership big guns this season. The midweek FA cup effort may play a part in terms of fatigue, but it highlighted the need to push Michail Antonio further forward to allow for his forthright, often unpredictable and aggressive style to shake up that solid mass that forms the Foxes defence. The news that Winston Reid should be fit can allow for either Tomkins or Byram to assume right back responsibilities.

In midfield, Leicester are energetic but do allow the opposition heaps of possession. With Payet and Lanzini about this could well have consequences as they are more than capable of the spectacular and can create chances with minimal opportunity.

Up front, the Foxes defend deep and rely on the aerial prowess of Huth and Morgan. This is usually very effective but if there is a striker who can unsettle that trend it has to be Andy Carroll. If Payet et al have enough decent possession to put quality balls in, Andy will be loving the opportunity to enhance his 'unplayable' tag. However, note the words 'decent' and 'quality'...most sides have failed to get these against the Foxes this year!

But, if course, Leicester are sharp up front. Winston Reid's pace will be crucial against Vardy.eanwhile, Leicester's other big hoal scoring threat in Riyadh Mahrez is somewhat quieter of late.

But perhaps the most exciting prospect will be the Koutate vs Kante and Noble vs Drinkwater battles in the middle of the park. Maybe Bilic will try and swing midfield our way by replacing Valencia with Obiang or Song?

Either way, the Hammers desperately need a win to revive their European hopes, and deserve some luck after the refereeing misfortunes of their last three Premiership games. Even for the objective neutral, 6 to 1 against are attractive odds, surely?
Posted by Verywestham at 03:26