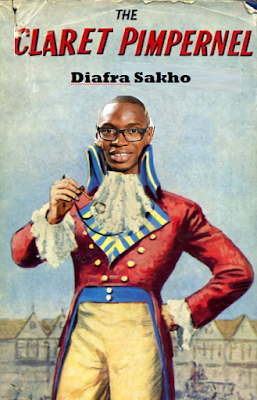 After a no-show at a meet the public session in midweek that raised eyebrows, Diafra Sakho was omitted from yesterday's match squad amid further rumours of unrest and a training ground spat.

Sakho then took to late night instagramming to reveal his level of distress. Meanwhile, in his post match interview,  Slaven Bilic dismissed the matter as a selection issue, albeit in an unusually unconvincing manner.

Andy Carroll duly stepped up with a syorming performance as he humiliated a hapless Arsenal defence, netting a hat trick in the process and, no doubt, adding to Sakho's sense of isolation.

The lad is a real talent that cannot be replaced in out current squad. Despite his volatility, one suspects he will receive a fatherly arm on the shoulder rather than an Amalfitano freeze-out from Bilic.

Fingers crossed.
Posted by Verywestham at 04:04